Another concert in 40 days and I’ll play a K-Pop song. Can you believe that I’ll play K-Pop at a classical concert? It all started when Mrs. Mela, my piano teacher, asked me to join the concert and offered me to choose my own song, then I told it to my friend Giza.

She said, “I’ll come to your concert if you play K-Pop.” Then I randomly choose JoJo by SHINee. I submitted it to Mrs. Mela the song and she approved it. It was just like… what? Did she just say yes? So that’s how the story goes. I’m going to play a K-Pop song on a classical concert just because Giza asked it.

Btw since my activities going busier and busier, this could be my last concert 🙁 I left my job and decided to continue my study, now I’m a graduate student and I gotta put my study above everything, even above my hobbies. Don’t have enough time to do piano practice everyday and it seems that I have to leave my music school in the near future. So if this my really last (not-really) classical concert, just hope I’ll play the song well. Aamiin.

Piano Tutorial: Do and Don’t
Guest From USS! 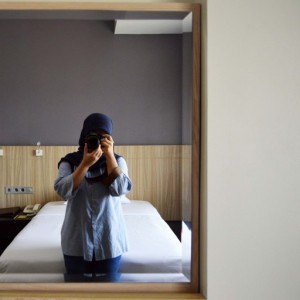